From 1976 to 1981 he studied painting at the Academy of Fine Arts in Kraków . In 1987 he received the prestigious Art Critics Cyprian Kamil Norwid Award. He publishes texts on the subject of art. He published "The Painter's Diary"(Otwarta Pracownia Publishing House, Krakow 2002). In the 1980s he created figurative paintings in the spirit of new expression, sometimes undertaking a postmodern dialogue with the motifs of the classic art. By than, he was already fascinated by mysterious gardens, lush plant life and the ambience of the warm nights. Paintings maintained in such poetics were exhibited at the "Expression of the 80s" exhibition(Sopot 1986). Towards the end of the decade, he began to paint a series of landscapes inspired by exotic, wild nature, which he encountered on Madeira. The composition was filled with crowded, elongated, brown-greenish trunks, glowing yellow and red in a narrow part. These compositions were suffused with an expression of the primal power of nature and archaism. In the early 1990s he painted compositions with clearly distinguishable sphares of earth and sky that evoked cosmic landscape.  Recently, the painter has returned to figurative painting. He paints scenes that are filled with motion or static with characters or male lifesize nudes. Abstract painting is a separate part of his work, where he applies the motif of a circle in particular, attaching symbolic meanings to it. 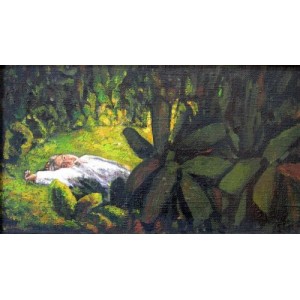 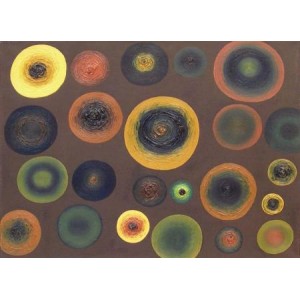 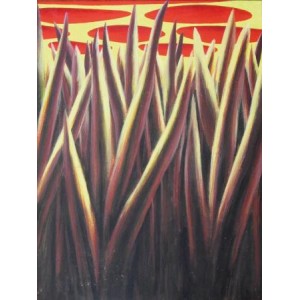 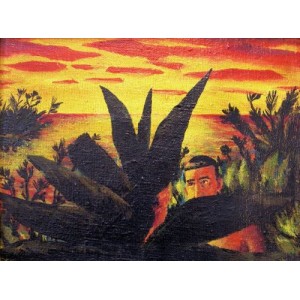