He was born on April 9th 1930 in the Pieniny Mountains, in Sromowice Niżne, died on December 6th 2015. He was a polish sculptor and professor at the Academy of Fine Arts in Kraków. He graduated from the State Secondary School of Fine Arts in Zakopane (1950) and the Academy of Fine Arts in Krakow. He studied at the Faculty of Sculpture under Prof. Stanisław Popławski and Prof. Jerzy Bandra and at the Study of Conservation of Works of Art under Prof. Józef Dutkiewicz, obtaining a diploma in sculpture conservation. In 1961 he started working at his alma mater, where he successfully pursued his career as a teacher for over 50 years. He shaped students' self-discipline, organisation, diligence and reliability on the one hand, and creativity, independence, cognitive hunger and the need for constant searching on the other. In 1982 he was awarded the title of Associate Professor and in 1992 the title of Full Professor. He was Vice-Rector of the Academy of Fine Arts and three times Dean of the Sculpture Faculty. He received a number of awards for his outstanding pedagogical and artistic achievements, including the 1st degree award of the Ministry of Culture and Education (1969, 1975); the artistic award of the City of Kraków "For outstanding achievements in the field of sculpture" (1969); Sculpture of the Year '83 - 1st prize for sculpture "Black and white figure'', TPSP Palace of Arts, Medal of National Education (1993). In 1986-1989 he was a member of the Council of Higher Artistic Education at the Minister of Culture and Art. He was also known as a sensible juror of many competitions and exhibitions. Borzęcki's artistic oeuvre includes monumental and outdoor projects, sacred sculptures, autonomous sculptural cycles, portraits, reliefs and small forms. The main material and source of inspiration for the artist was wood. The basic formal medium of his art are object associations with a human figure. The artist used synthesis and geometry. He frequently used coloristic effects in his works. Professor Bogusz Salwiński wrote on the occasion of the 50th anniversary of the creative work of Professor Stefan Borzęcki: "Borzęcki's sculptures have an immanent form, a shape that is identical to the idea (...) they are a passion for a shape that he follows, contemplates and creates with a perfectly used procedure of controlled randomness. Sculptures - Objects build their own autonomy, function with genetic shapes, expose the shape of an object resulting from the further non-reducible form, from the limits of synthesis. This kind of thinking kind is radically symbolic. In the structure of the material itself, it makes the notional and psychological intuitions of art become real. (The Art of Sculpture, The Art of Life, The Work of Professor Stefan Borzecki). The artist took part in over 160 group exhibitions in Poland and abroad, including Berlin, Oslo, Moscow, Rome, Florence and Budapest. Professor  works can be found, among others, in the collections of the National Museum in Kraków, the Ministry of Culture and Art, the Centre for Polish Sculpture in Orońsko and in many private collections in Poland and abroad. 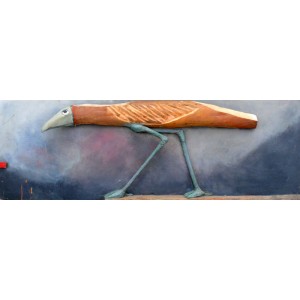 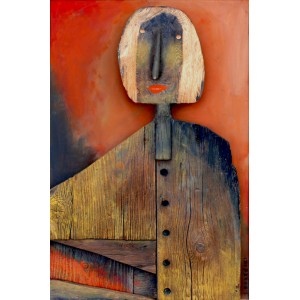 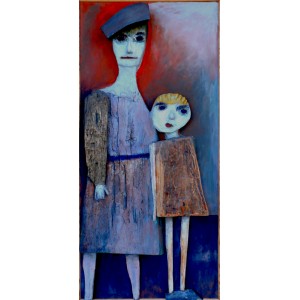 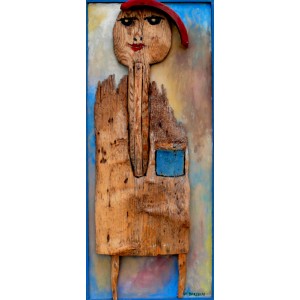 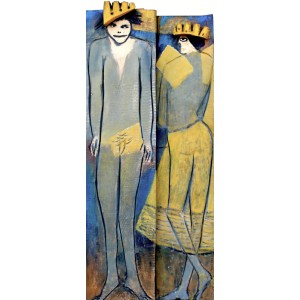 A king and a queen 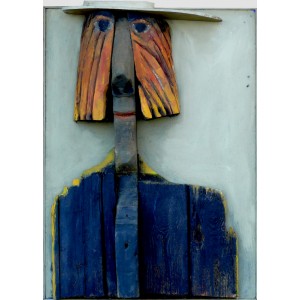 A Lady in a beret 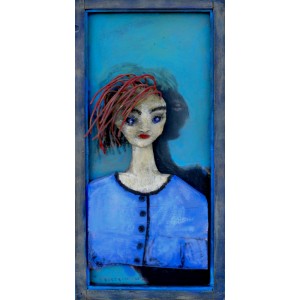 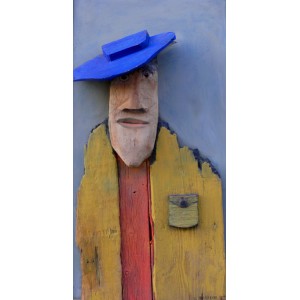 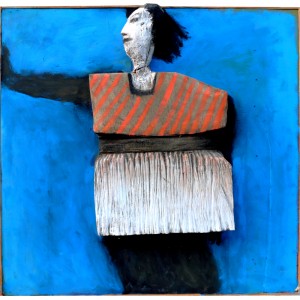 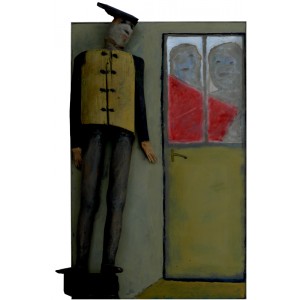 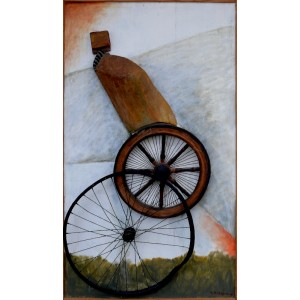 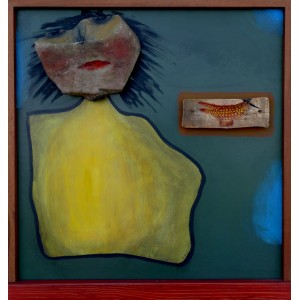 Bird and a Lady 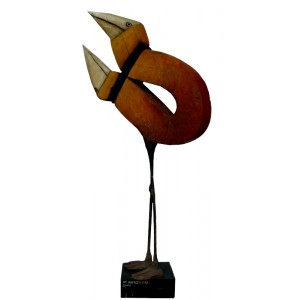 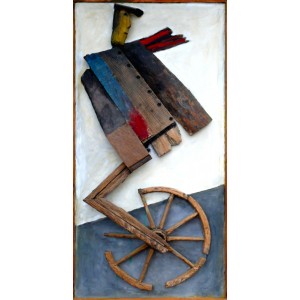 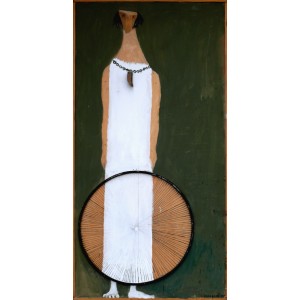 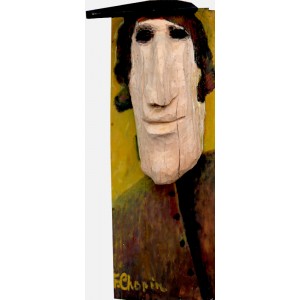