He was born in 1958 in Balin. He graduated from the State Secondary School of Fine Arts in Nowy Wiśnicz. He graduated from the Faculty of Graphic Arts at the Katowice Branch of the Krakow Academy of Fine Arts. He received his Master of Arts degree in 1987. In 1993 he became an honorary member of the German Westphalia District Artists and the international group of Langenfeld artists. He has been employed as an Academic Teacher since 1995. Currently he works as a second degree assistant professor at the Academy of Fine Arts in Katowice where he runs the Drawing Studio at the Faculty of Design and at the Higher Technical School in Katowice,where he is a professor . 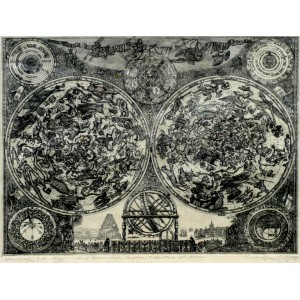