He was born in 1970 in Warsaw. Between 1990 and 1995 he studied at the Faculty of Painting of the Academy of Fine Arts in Warszawa. In 1995 he received a diploma with distinction for his work in the Studio of Prof. Zbigniew Gostomski. During the last two years of his studies he worked as a trainee assistant in the Drawing Studio of Prof. Stanisław Baj. Then he was an assistant in the studios: Faculty of Technology and Techniques of Wall Painting, led by Professor Edward Tarkowski, Professor Z. Gostomski's Painting Studio, and later as an assistant professor, in the Painting Studio for first-year students, led by Professor Wiesław Kruczkowski and then Professor Andrzej Rysiński. In 2009-2012 he ran the Drawing and Painting Studio in the Department of Interior Design at the Faculty of Media Art at the Polish-Japanese Higher School of Information Technology. Since 2011 he has run the Drawing Studio for first year students at his home faculty, working as an associate professor. Associate Dean of the Faculty of Painting for the tenure of 2012-2016. From 2016 he is a Head of Doctoral Studies at the Faculty of Painting and Head of the Drawing Studio for students of the second to fifth year. He does easel painting and drawing, dividing his interests between the realm of still life, where he conducts a painting search for beauty enclosed in simple everyday objects, and the realm of the outside world, which leads through small streets, alleys and staircases to places well and less known. 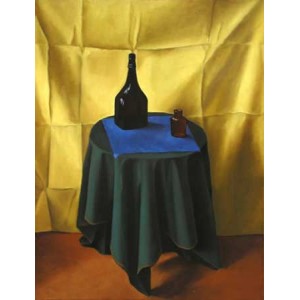 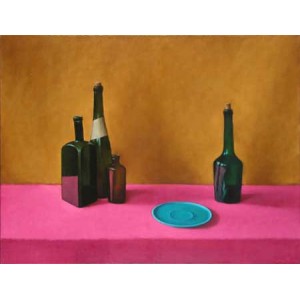 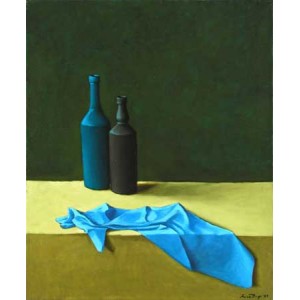 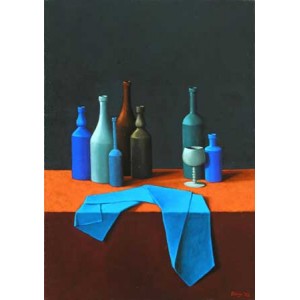