(1926-2009)
Painter, graphic artist, drawer, photographer, author of philosophical essays on art. In 1946-51 he studied at the Academy of Fine Arts in Krakow in the studios of professors Zygmunt Radnicki, Wacław Taranczewski and Zbigniew Pronaszko and in the graphic arts studios of professors Andrzej Jurkiewicz and Konrad Strzednicki. In 1948 he debuted as a student at the 1st Exhibition of Modern Art in Kraków. Since 1962 he has been a member of Grupa Krakowska(Kraków Group). In 1963-1967 he lectured at the Faculty of Interior Design of the Academy of Fine Arts in Krakow. In 1967 he moved to Warsaw, where in 1974, was appointed to the Independent Painting Studio of the Academy of Fine Arts. In 1985 he received the title of Associate Professor at the Academy, and in 1987 he was elected its Rector. He held this position until 1990. He worked and lived in Warsaw. In 1976 he was awarded the Cyprian Kamil Norwid Critics' Award for the best painting exhibition annually, and in 1984 he received the Jan Cybis Award. 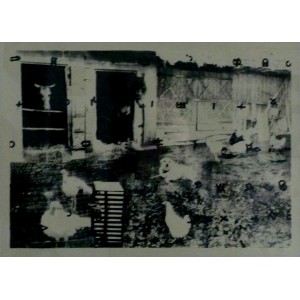 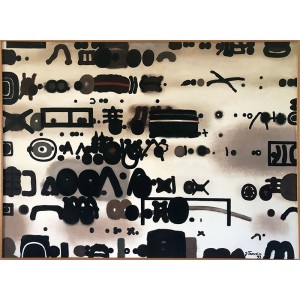