He was born in 1958 in Katowice. In 1979 he graduated from the Faculty of Graphic Arts at the Katowice Branch of the Krakow Academy of Fine Arts. He studied in the studios of Gerard Labus and Andrzej S. Kowalski. His art is considered to be a part of the postmodern trend. He mainly practises painting, he also dealt with book graphics and performance, video art and experimental music. He received two scholarships from the Ministry of Culture and National Heritage in 1997-98 and 2003-04. "Kamieński likes to mock the artistic tradition, surprisingly juxtaposing the most contradictory styles, such as pop art motifs from the mass media and gesture painting (Idol, 1983) or elements painted in neo-expressionist and cubist manner (Pracownia artysty wg. Courbeta / Artist's Workshop according to Courbet, 1992). The artist juggles conventions and quotations, combines motifs from works by Siemiradzki, Matejko, van Gogh and Picasso and other famous artists in his paintings. 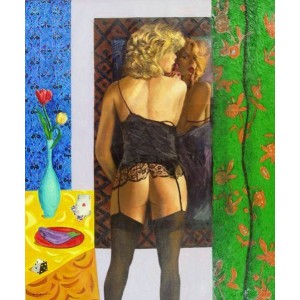 In front of the mirror II 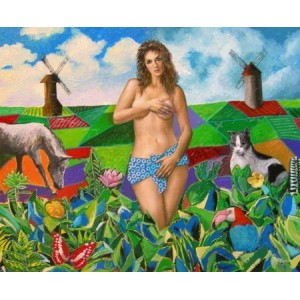 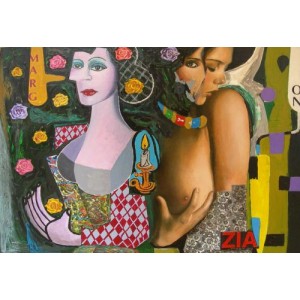 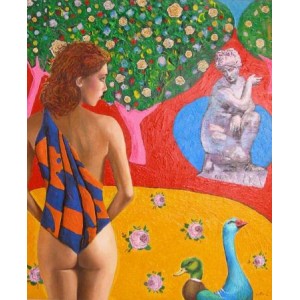 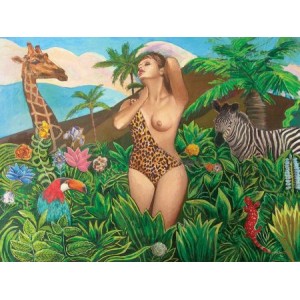