He was born in 1942. Painter, drawer, graphic artist, designer. He studied at the Warszawa Academy of Fine Arts in Aleksander Kobzdej's studio. After graduating in 1970, he became one of the founders of the Warszawa-based artists' ''Grupa Aut''. (Aut Pictura, Aut Nihil) manifesting "Polish figuration, Polish style, Polish exoticism". He also participated in the ''O Poprawę''("For Improvement") movement, which brought together many students of Warsaw art schools. In 1992 he became the rector of the private European Academy of Arts in Warsaw. He creates in the style of photorealism. Nineteenth-century photographs are a model for his paintings.The artist places the characters in the center of the image and concentrates all their attention on them. The background of the performance is usually contrasting, limited to a minimum, to further focus the recipient's attention on the main stage. Antoni Fałat often uses family photographs, which serve him as models for his paintings, in which also "photographic" colors (black, white, gray) dominate, sometimes enriched with greenery, or ultramarine. A large part of his work is thematically related to polish reality: the series "Polish Portraits", "Poland of the Pharaohs". 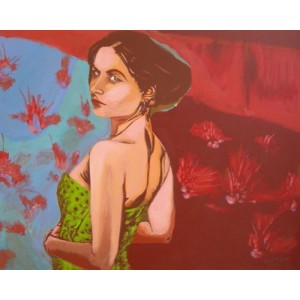 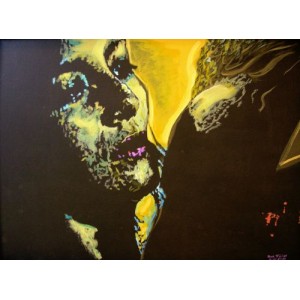 Why don't you love me?