He studied at the Faculty of Painting of the Academy of Fine Arts in Warszawa. He received his diploma in the studio of Professor Aleksander Kobzdej in 1959. His painting is marked by an original form and an individual view of the world. It is figurative, full of colour, movement and humour. The artist willingly refers to pop-art stylistics. At the same time, he is not indifferent to the content; on the contrary: he gives his works an almost interventional character. He tries to reconcile the mechanical, technicized world with the man who has to function in this world. Hence in his paintings the figures resembling machines and machines with "human" expression.Okołów was a frequent participant of the competition exhibitions, such as: "Warszawa in Art", Warszawa 1965 (First Prize), "Visual arts on social commission", Warszawa 1975 (First Prize), "Metaphor in Contemporary Painting", Radom 1978 (main Jacek Malczewski Prize), numerous competitions for works on sports. He was a member of various artistic bodies, such as the Culture Commission of the City of Warszawa. He was an activist of ZPAP (until 1983), general coordinator of national and international open-air painting workshops (1973-1979). 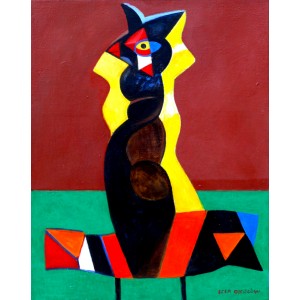 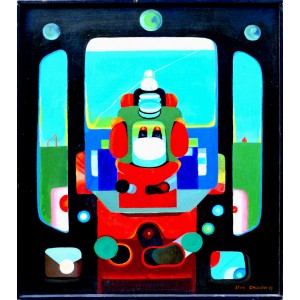 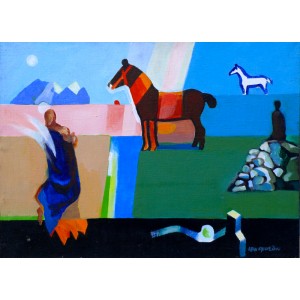 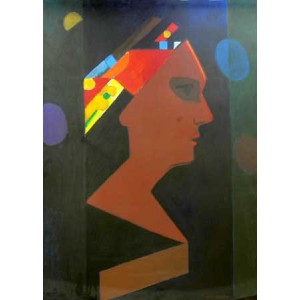 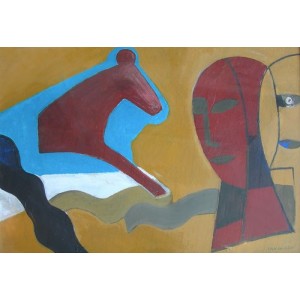 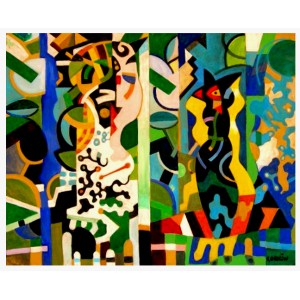 The woman with a parrot