He was born in 1955. He studied at the State Academy of Fine Arts (currently the Academy of Fine Arts) in Gdańsk from 1974-1979. He received his diploma in the studio of Professor Władysław Jackiewicz. At present, he is a professor at his home university. He practises painting, lithography, linocut, screen printing. His painting style is characterized by a postmodern combination of elements in a raspy and surprising way. He uses motifs taken from various areas of reality, whose juxtaposition gives an impression of chaos of the surrounding world. He is in love with hyperrealism. His works are in the collections of, among others, the National Museum in Gdańsk and Kielce, and the National Library in Warszawa. 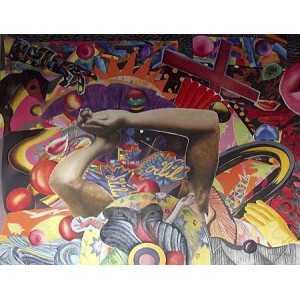 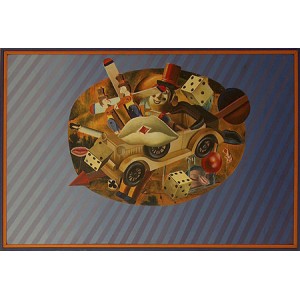 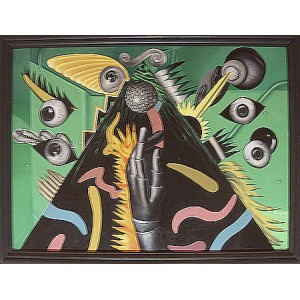