Painter, graphic artist ( specialization: woodcut), author of artistic actions. Professor at the E. Geppert Academy of Fine Arts in Wrocław. A representative of the generation of the 1980s and the New Wild circle. In 1986-2014 he was the author of several dozen individual presentations and participated in several hundred group exhibitions. A committed expressionist. Continuously associated with his family's Silesian Oborniki - his own enclave and the city of Otto Mueller, where in 1997 he opened - together with his wife - a private Museum of Expressionists. He received a diploma in painting in the studio of Professor Józef Hałasa. He is known for his expressionist paintings, drawings and graphics. In his work, he has been inspired by the paintings of Edward Munch and Ernst Kirchner. 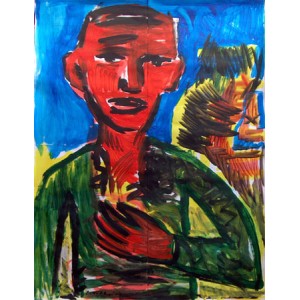