He was born on 8 November 1912, died on 24 February 2007. Painter, graphic artist, stage designer. He studied at the Academy of Fine Arts in Warszawa, received his diploma from professor Tadeusz Pruszkowski in 1939. He took part in the September Campaign and the defence of Warszawa. Between 1940 and 1950 he stayed in Italy, where he joined the Libera Associazione Arti Figurative group and the Art Club in Rome. He also designed scenery for the Teatro delle Arti in Rome. He was a journalist and diplomat in Italy and Canada (1945-1955). After returning to Poland he became the director of the Foreign Cultural Cooperation Bureau of the Ministry of Culture. Later he was employed as a lecturer and professor at the Academy of Fine Arts in Warsaw (1969-1984). He collaborated as a stage designer with the Gdańsk Opera and Warsaw theatres. In 1963 he represented Poland at the Sao Paulo Biennale and had several individual exhibitions. His expressive style of painting, his direct approach and a certain coarseness of figurative depictions of struggles and strifes led him in the 1980s to be considered a precursor of the "New Wild". His painting belongs to the new figuration trend. The protagonist of his pictures is a man subjected to the pressure of negative emotions, a deformed man - a monster, half ridiculous, half tragic. The rich texture of his paintings and their grotesque expression bring his art closer to the poetics of art brut and Jean Dubuffet's work. He is a laureate of the Art Critics' Cyprian Kamil Norwid Award in 1984 and the Dr. Lech Siuda Collectors' Award in Poznań in 1998. 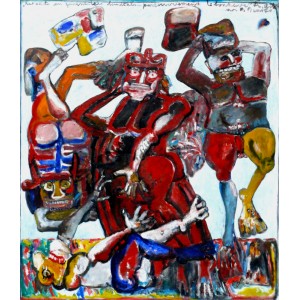 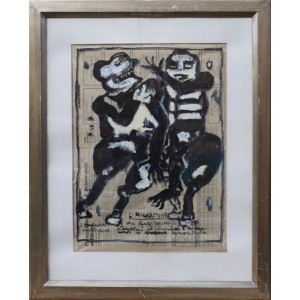 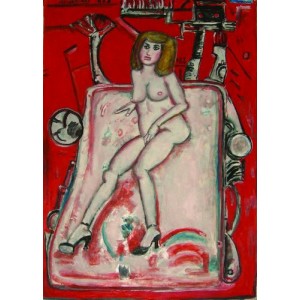 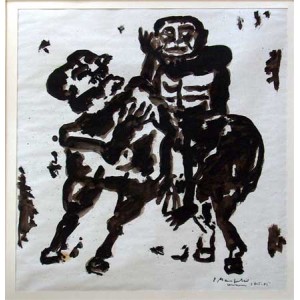 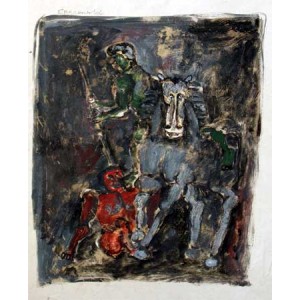 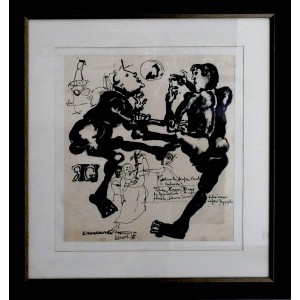 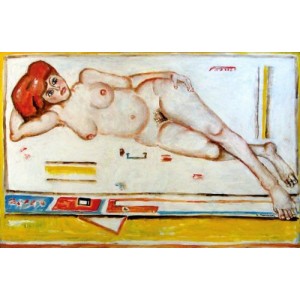 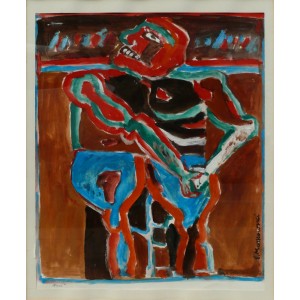 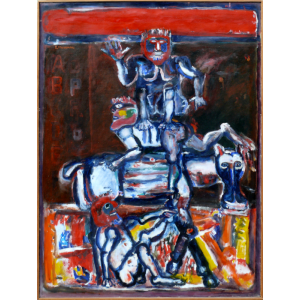