One of the most famous and characteristic Polish painters. He was born on April 19, 1943 in Radzymin near Warsaw, and died on October 28, 2018 in Warsaw. In 1963-1970 he studied at the Academy of Fine Arts in Warsaw at the Faculty of Painting and at the Faculty of Sculpture. He has won numerous awards, including artistic criticism awards Cyprian Kamil Norwid (1981), awards of the Solidarity Independent Culture Committee (1983), and Coutts Contemporary Art Foundation awards (1992). He created extensive painting cycles. He was an extremely prolific artist. In an interview about his work and combining images in a series, he said: "This is a quantity problem that requires professionalism at work. Everyday grind leading to exhaustion." After encountering Bernard Buffet's works, he noticed new painting possibilities, but only the experience of the Nikifor exhibition in 1965 helped him find a form supporting the implementation of his own ideas. His passion for creating began with this event. At that time, paintings belonging to painting cycles such as "Hitchhiking travels", "Warsaw" and "Portrait" were created. In the years 1970–1971 he painted The Road (Ten Stations of Secular Crucifixion). Dwurnik believes that he found his "own theme" in March 1968. The artistic solution, in terms of this problem, was building multi-element compositions, complications, and creating relationships between the objects of the image. He painted over 5000 paintings. 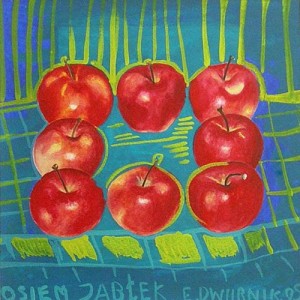 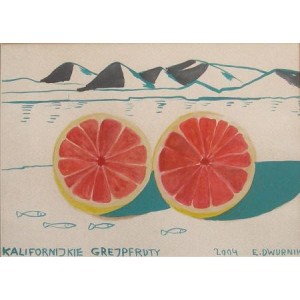 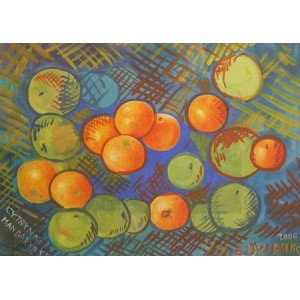 Dwurnik Edward, "The citrons and mandarins" 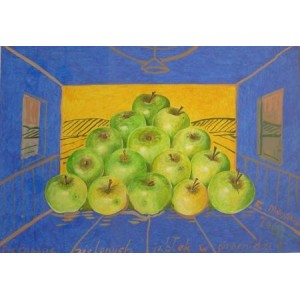 Dwurnik Edward, "The fifteen apples in the shape of pyramid"